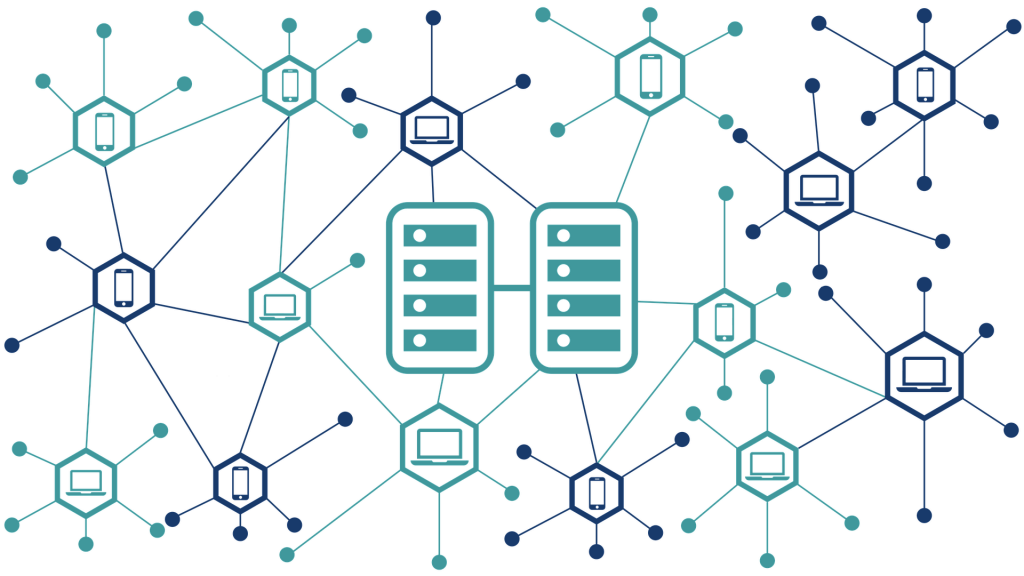 Blockchain was proposed by David Chaum as a protocol in 1982, was improved by Stuart Haber and Scott Stometta trying to implement a timestamp system in 1992. Finally it was adopted and implemented in the first cryptocurrency by Satoshi Nakamoto in 2008. Nakamoto implemented blockchain as a core of bitcoin, cryptocurrency that achieved US$ 29 k dollars at the end of 2020.

Blockchain is a database with special storage characteristics. The concept is quite simple; the information is collected in blocks chained by keys. Each block has two keys, the first one is the key of previous block, and the second is the key created with the information inside of it.

Let me explained in the following illustration.

The first block is called the “Genesis block”, because it doesn’t have a previous key or hash as they call it in the cryptocurrency world. These keys make the blockchain possible and link all the information in the chain making it secure and traceable. In the illustration, you can see that “Block 1 – Fkey” contains the same value as “Block 2 – Pkey”. These two values are validating in the process called “Proof of work”. For this example “Block 2” is accepted and it is included in the blockchain and goes on with blocks 3, 4, and more transactions.

Blockchain bases its security on 2 aspects, key validation, and P2P network.  In the previous section, I mention how the second key is created with the information inside of the block. So if you change the “block 2” information, the value of “FKey” changes. Consequently, the “Proof of work” process will not recognize it as part of the chain, breaking it.

Another special characteristic of the blockchain applied to cryptocurrency is the P2P network. It is a distributed network that storage and transfers all the information between all the participants of the network. In this case, when you join this network, you get a copy of the blockchain. Thus when someone tries to change any block, he has to think in change all the blockchain copies in the entire network.

Blockchain technology can be applied to many industries and with it takes advantage of all its benefits as assuring process, generating traceability and increasing the trust of its users. The following illustration shows a simple process and how blockchain is generated at the end of each activity.

As you can see blockchain technology can be applied to a process and I would like to believe that it lets the door open to new integrations giving security to the industry.